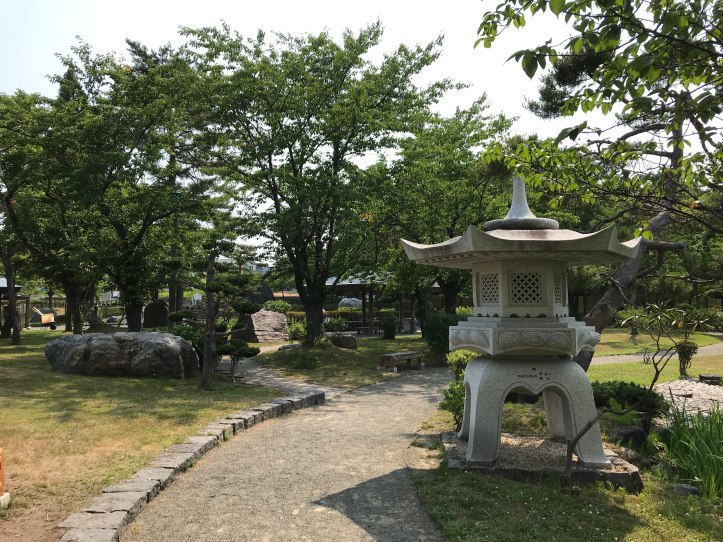 There’s something about the way they are planned, with their beautifully manicured lawns and well-maintained trees mixing well with the natural elements of lakes and hills. The man-made lanterns, waterfalls, wells, are all perfectly calculated and designed to fit in and yet stand out.

There’s lots to love. Unfortunately, though, they’re hard to find in Hokkaido. What I liked most about going to Tokyo and Kyoto is seeing the many beautiful parks that are created in the Japanese style, with the rock garden, the bamboo, the maple leaf and the fountains. I love how beautiful this style is. I really thought that the only place to see them are in Honshu.

However, this year, I discovered a hidden little gem of a garden in Iwamizawa that might make it worth your time to visit. This is the little known Gyokusenkan Atochi Park (玉泉館跡地公園), located in the residential area of the city.

It took me about forty minutes to drive there from my home, but I didn’t mind the drive at all. Plus, when I got to the park, I took my time walking on the tree-lined gravel path and just appreciating the splendor of this Japanese-style garden. 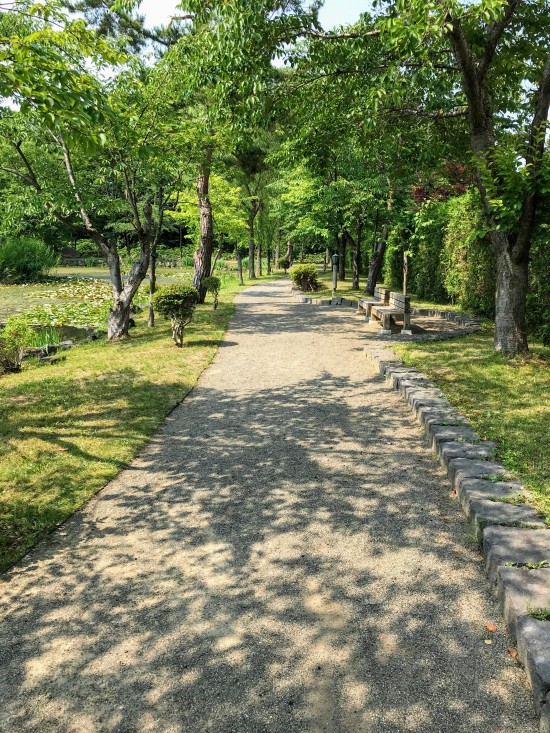 Hokkaido’s gardens are good, but more likely than not, they’re the English-style garden with the riot of beautiful flowers and trees. It has its own kind of beauty in the wildness and the randomness of the way the plants grow. I like both and I like that they’re different. But there’s something about the Japanese garden that inspires a lot more peace of mind and calmness. 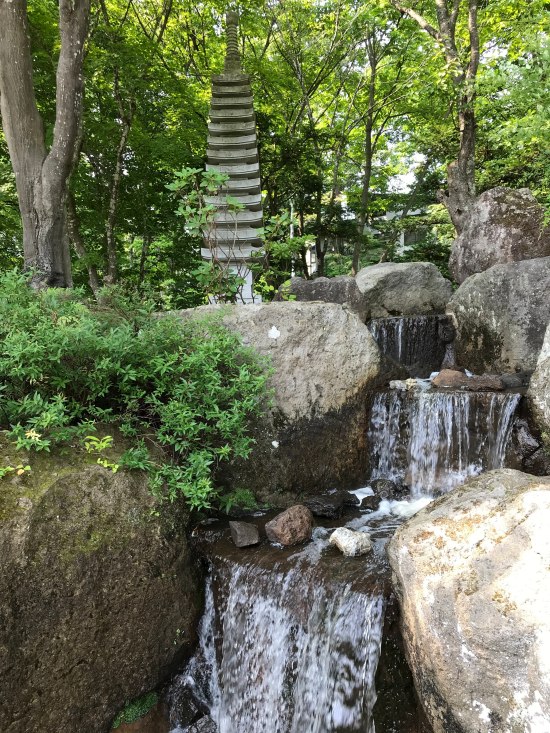 At Gyokusenkan Atochi Park, the whole style is Japanese. There are two the stone bridges that take you to the two “islands.” and the fountains. There is a massive lantern structure. There were benches placed at strategic places where you can sit and take in the landscape. The maple trees were majestic.

In the middle of the garden, there is a big, beautiful pond. Lily pads and lotus plants floated on the surface. This is the centerpiece of the garden and right on the edge is a small teahouse. The teahouse is not open to the public, but is an available space to be rented. Reservations have to be made beforehand, though.

The pond was created to resemble the shape of a heart, or kokoro and is aptly named as Shinji-Ike, or 心字池.

Watch out for crows, though. On the day that I went, there were lots of signs posted about these crazy crows and how they might attack. Every time I heard one cry out, I flinched, so it wasn’t very Zen-like.

There is really nothing in the area except the park. So I won’t recommend it to people who are on a tight schedule in their trip to Hokkaido, but it’s a good little park to visit if you’re around the area and are bored. Iwamizawa is also famous for a small amusement park called Greenland Park. I have never been there but I heard that it’s good. It’s very local so it’s not a bad idea.

The park closes for winter but is again open to visitors in the spring until the fall. I went on a weekday in the summer, early enough in the morning that I didn’t see many people there. It seems like a very popular spot for cherry-blossom and autumn leaves viewing, though. One of these days, I’ll make a visit when it’s that time. 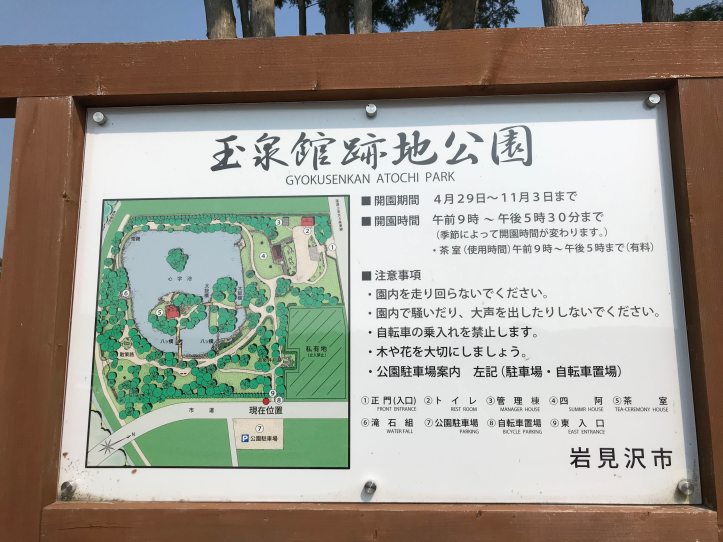 Again, it’s a small park if you’re interested in seeing a little bit of a Japanese-style Garden in the surrounding areas of Sapporo. There is a train station that will take you to Iwamizawa, but walking to the park might take a while, or 35 minutes according to Google Maps. There are buses, but you’re probably going to get there faster on foot. Best way to get there is probably by car or taxi from the station.

Gyokusenkan Atochi Park is not build to the grander scales of the ones found in Tokyo or Kyoto, but it was enough to make me appreciate it for what it is. The zen and the design elements were there. Just seeing them made me happy.

This site uses Akismet to reduce spam. Learn how your comment data is processed.